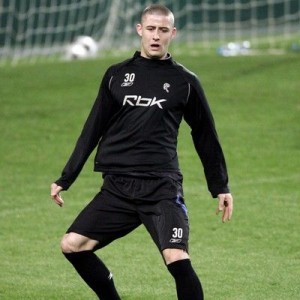 Premier League champions Manchester United have been reported to be the latest club to keep tabs on Bolton defender Gary Cahill.

It is reported that Alex Ferguson’s scouts saw Cahill net his first goal for the Trotters during the Carling Cup win over West Ham last week.

Cahill, now age 23, has attracted interest from Chelsea, Juventus and AC Milan and now it is believed that Sir Alex sees him as cover and one day a possible replacement for England international Rio Ferdinand.

England manager Fabio Capello has already given glowing references after calling him up to his squad for the World Cup qualifier against Kazakhstan in June but Bolton manager Gary Megson has vowed not to sell Cahill in January, with the player signing a new three-year deal this summer.

Megson said that in footballing terms, it would be suicide to sell Cahill in January.

Megson also revealed that Bolton did brilliantly to remove an escape clause from Cahill’s deal in the summer and now the club does not need to sell him.