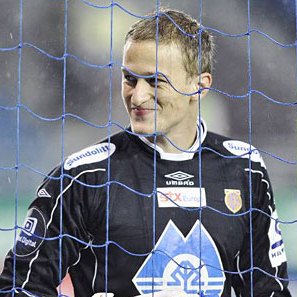 Reports have surfaced that Aalesunds goalkeeper Anders Lindegaard is on the verge of joining Premier League giants Manchester United in the coming days.

It is believed that Manchester United are believed to have agreed a fee in the region of £3.5 million for Denmark goalkeeper Lindegaard, 26, after he impressed the club’s goalkeeping coach, Eric Steele, over the course of several scouting trips.

On their part, Aalesunds chairman Bjarne Haagensen confirmed to TV2 that he has travelled to England along with the club’s chief executive, Henrik Hoff, this week to hold talks.

He said : “Henrik and I are in place in Manchester,”.

Asked if a deal was close, he replied: “It is. We are in the middle of it. I can’t say more right now. We will send a press release.”

Lindegaard added on Sporten.dk: “I don’t know if I have played my last match for Aalesunds. My plan is to move on now.”


Nani : I Apologised To Ronaldo