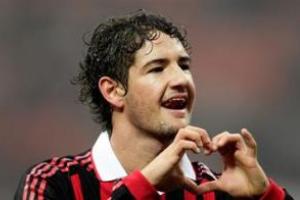 Goals from Clarence Seedorf, Marco Borriello, Alexandre Pato and Ronaldinho gave Milan a 4-3 win over Cagliari in a hugely entertaining Serie A clash at the San Siro.

Alessandro Matri, Andrea Lazzari and Nene were on target for Cagliari, who led at one point and could have snatched a late point but for Dida’s great save from Joaquin Larrivey.

The victory puts Milan second and seven points behind city rivals Internazionale, although Juventus will leapfrog them if they avoid defeat at home to Udinese later on Sunday.