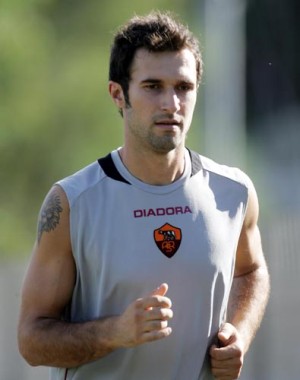 Interesting transfer news are out and it has been reported that Italian giants AC Milan and English Premier League powerhouse Chelsea are going head-to-head for AS Roma striker Mirko Vucinic.

Local newspapers have reported that Chelsea boss Carlo Ancelotti sees Vucinic as ideal cover for Didier Drogba and the London giants are regarded as favourites to land the Montenegro international.

AC Milan vice-president Adriano Galliani is also reported to be keen on the striker and is counting on his good relationship with Roma president Rosella Sensi to bring the centre-forward to Milan.

It is believed that the Rossoneri are turning their attention to Vucinic after being frustrated in negotiations for Sevilla’s Brazilian striker Luis Fabiano.

Vucinic has confirmed he’s prepared to leave Roma but only to a club which can provide him with Champions League football.