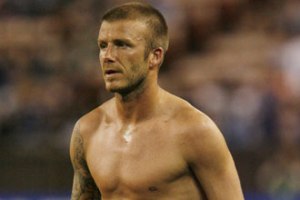 Interesting news are out and it has been reported that Italian club AC Milan are confident of closing a loan deal for LA Galaxy midfielder David Beckham.

Local Italian newspapers have reported that David Beckham has confirmed that he will return to Milan in January after being not featuring in Saturday’s defeat in Ukraine.

It is believed that Beckham told Italian reporters on Saturday night that he will be back at the end of the year.


Inter Milan Happy With The Progress of Marko Arnautovic