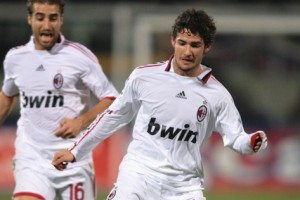 Good news for all AC Milan fans as it has been revealed that striker Alexandre Pato has avoided serious damage to a thigh injury suffered in the win against Atalanta.

However it is confirmed that Pato will definitely miss this weekend’s clash against Roma, but there’s hope that he will be fit for the Champions League second-leg at Manchester United.

“There is a distraction of the right femoral bicep.”


Liverpool Confirm Skrtel Out For The Rest Of The Season