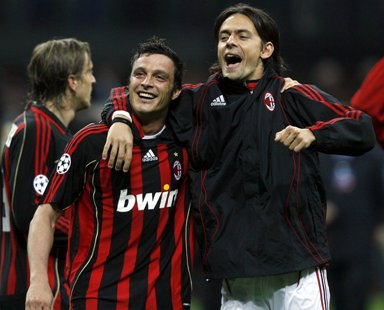 AC Milan right-back Massimo Oddo has claimed that Premier League club West Ham have expressed an interest in taking him to Upton Park.

Oddo spent last season on loan at Bayern Munich after struggling to hold down a regular place at the San Siro under former coach Carlo Ancelotti.

The inquiry from West Ham, and their Italian manager Gianfranco Zola, has come from a third party rather than the club itself but Oddo is willing to consider any permanent move.

The 33-year-old defender said that the latest interest he received is from West Ham which has yet to be formalised as he was contacted by an agent and not by a club executive. He also said that he have already had an experience on loan, which is not ideal for a player.

Oddo therefore said that he does not want to go away on loan and then come back to the same conditions as he was in the previous year and also said that he will have to look not only at his interests but that of his family too.

Oddo also said that to go away for a year with young children and face a new culture does not seem to be the ideal situation.