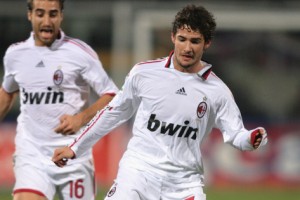 AC Milan’s title push has suffered a major blow with a new injury for Alexandre Pato.

The Brazil international striker lasted only 10 minutes before limping off with a recurring muscular problem during yesterday’s 1-1 draw with Napoli.

Milan coach Leonardo told reporters after game that : “I don’t know what happened to Pato. It’s the same leg that he hurt before and he asked to be substituted, so we need to check it out carefully. It’s a shame, as this situation is now dragging on for some time.

Leonardo also said that : “He has this muscular pain that irritates him. He was able to train hard for 10 days, with the team for the last three, and he was fine. Today after 10 minutes he felt this twinge and we need to track down what’s causing it.”


Joan Laporta : Lionel Messi Is The Greatest Ever