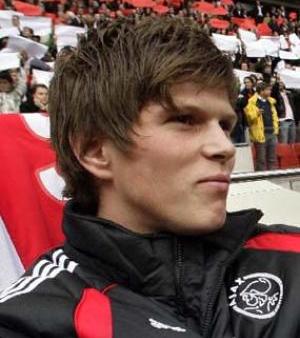 It is a wide known fact that AC Milan were on the lookout for a top class striker and, according to reports, the club is willing pay 15 million euros for the Dutch international striker who would be given a contract until 2013 with an annual net salary of three million euros.

Huntelaar, who will turn 26 years old on August 12, finished as the Dutch league’s top scorer with 33 goals in 2007-08 when he played for Amsterdam giants Ajax.

He then moved to Real on a four-and-a-half-year deal in December 2008 for a fee of 27m euros but since then he has played only 19 matches for a return of eight goals.

In July Huntelaar tried in vain to get out of his contract with Real in a bid to join Stuttgart in Germany’s Bundesliga and it now appears that he could resurrect his career, if given the chance, at the side owned by Italian Prime Minister Silvio Berlusconi.

The Serie A club have been quiet on the transfer market this summer but Berlusconi said this is about to change.

The club lost their biggest star with the sale of Brazilian Kaka to Real Madrid but reports from Italy claims that the club are chasing Brazilian striker Luis Fabiano of Sevilla, Huntelaar and Peruvian Claudio Pizarro of Chelsea.

The Rossoneri’s current strikers include Brazilians Ronaldinho and Alexandre Pato and Italians Filippo Inzaghi and Marco Borriello, although Inzaghi is 36 this week and Borriello regarded as back-up.