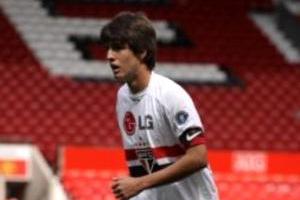 The teenager, who has been likened to Real Madrid star Kaka, is a confirmed target for Milan, where youth team chief Mauro Pederzoli admitted last week they were keeping tabs on the midfielder.

Premier League club Chelsea have also been linked with Piazon, who is now taking Sao Paulo to a contract tribunal, reports Milannews.it.

The youngster’s family are disputing the legitimacy of their agreement with Sao Paulo and the hearing is expected before the weekend. Milan and Chelsea are among European clubs monitoring the situation.