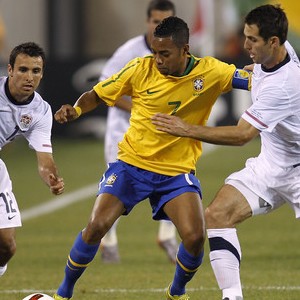 Sensational ransfer news are out and it has been reported that AC Milan will wrap up the signing of Manchester City winger Robinho today.

According to Telelombardia, Zlatan Ibrahimovic’s agent, Mino Raiola, has been key in negotiations for Robinho, who was also wanted by Spanish champions FC Barcelona.

It is said that Milan have used Raiola’s good relationship City, which saw him place former Inter striker Mario Balotelli at Eastlands this summer, to clinch an agreement for Robinho.

The Rossoneri have waited until the final hours of the market to move for the Brazil international in order to get the best possible deal.

Raiola will represent Milan in final negotiations in England today. He is confident of leaving England tonight with Robinho, who will undergo a medical at the San Siro tomorrow with contracts signed.