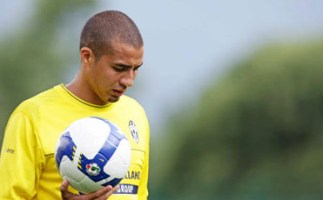 Sensational transfer news are out and it has been reported that AC Milan are preparing an audacious bid for Juventus striker David Trezeguet to ease their striker shortage, according to coach Leonardo.

However, a move to rivals AC Milan would not go down well with Juventus supporters but media reports say discussions between both clubs have already taken place.

AC Milan’s new manager Leonardo said to reporters that he does not know at what point the talks exactly are at but Trezeguet is definitely an extraordinary player.

AC Milan, who finished third in Serie A last season behind Juventus and champions Inter Milan, have been struggling to find a new forward after selling Brazil’s Kaka to Real Madrid.