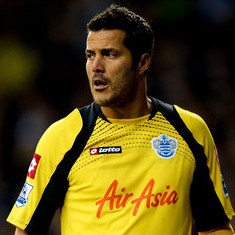 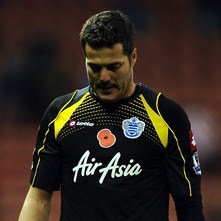 AC Milan are closing in on the signing of QPR goalkeeper Julio Cesar, Goal.com can reveal.

The 33-year-old joined the west London club last summer from Inter and his performances have represented a rare highlight in a season that seems almost certain to end in relegation.

Cesar has recently won his place back in Luiz Felipe Scolari’s Brazil side and is keen to return to Italy, rather than risk appearing at the 2014 World Cup on home soil by plying his trade in the Championship with QPR.

Goal.com understands Cesar is close to agreeing a two-year contract worth £1.8 million-a-year with the Rossoneri, who will install the former Flamengo man as their No.1 and retain Christian Abbiati as back-up, while Marco Amelia will be allowed to leave on a free.

Despite his long-standing interest in the player Milan vice-president Adriano Galliani, who made an enquiry for the goalkeeper last summer, distanced himself with a move Cesar on Thursday although he adopted a similar stance during the club`s negotiations with Manchester City for Mario Balotelli.