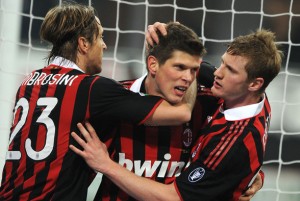 Interesting news are out and it has been reported that AC Milan striker Klaas-Jan Huntelaar is being linked with Wolfsburg.

Transfer consultant Vlado Borozan, who has close ties to Wolfsburg, revealed that the Dutchman could be used to bring down the asking price for top AC Milan target Edin Dzeko.

Borozan told reporters that the Director General of the Germans officially confirmed to him that whoever offers €40 million, will take home Dzeko.

He added that it is a figure that is very serious and that he does not think that AC Milan nor anyone else will be wishing to pay in cash.

He then said that that is why he would not underestimate the possibility of compensatory techniques to lower the cash component for example Huntelaar. 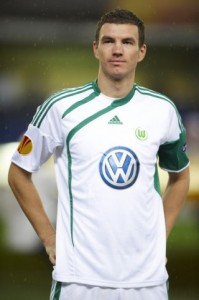