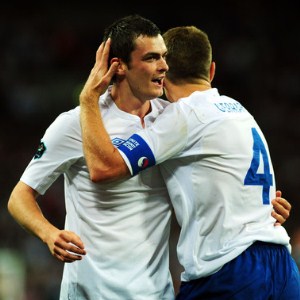 Manchester City winger Adam Johnson has revealed that he is considering his future at the Eastlands club.

The England international confessed that he just wants to play and if his chances continue to be restricted at City he knows he might have to do that somewhere else.

The former Middlesbrough winger said: “Every footballer has to think about it when the time comes.

“It is still early but I definitely would consider it.”

The 23 year old made his comments the day after the disappointing goalless derby with Manchester United when he came on for the last 17 minutes.

Johnson admitted to The Sun: “It is disappointing when you are not playing from the start in games like that.

“I was itching to get on. I was dying to play from the start not just come on.

“The manager has to make decisions but I was gutted to be left out.

“With the players we have it will be a rotation but I am full of confidence and I just want to be playing.

“I have got to train and get on with it, nothing is going to change. I have to keep the right frame of mind and get in the team because I want to play for the national team as well.”