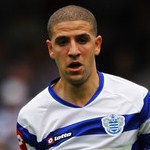 QPR boss Neil Warnock got the best out of the talented but temperamental Moroccan as the club won promotion last season, but the step up in class has seen mixed results from the player.

The 22 year old Morocco international cut little ice against Fulham at the weekend and was hauled off at the break – prompting the player to storm out of the ground.

Warnock attempted to play down the move but it would appear the midfielder is still smarting.

The arrivals of Joey Barton and Shaun Wright-Phillips at Loftus Road have forced Taarabt down the financial pecking order and the 22-year-old is not happy.

“I want to leave QPR during the January transfer window,” Taarabt is quoted as saying in The Sun.

“It is for financial reasons.”