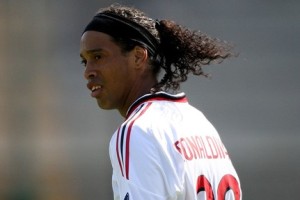 AC Milan vice-president Adriano Galliani has declared that Brazilian midfielder Ronaldinho will be staying with the Italian club.

Reports have surfaced recently that the former Barcelona midfielder has been speaking with Flamengo about a return to Brazil this summer.

However Galliani said that : “Ronaldinho is a Milan player and he will definitely play for Milan next season.”

When asked about Flamengo’s interest, he said: “No one has ever been in touch.

“Ronaldinho is coming back to Italy with his brother and up till now there has been no request to leave on his part and no offer in his regard.

“He has a contract with Milan and one without any fanciful clause that I read recently in the newspapers. I repeat: Dinho is a Milan player and he will play for Milan next season.”

Ronaldinho : Ibrahimovic Signing Will Be Perfect For AC Milan