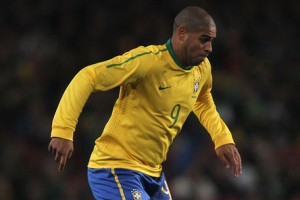 Interesting news are out and it has been reported that Brazilian striker Adriano is set for a shock return to Italian football as he closes in on a move to Roma.

It is said that that the former Internazionale striker – who walked out on the Italian giants during the 2008/09 season after an apparent breakdown – has demanded that Flamengo release him immediately in order that he can travel to Italy to sign for Roma.

The 28-year-old’s contract with his current club expires on May 31, with reports from Italy suggesting that he is asking for a two-year deal worth £3.5 million a year.

Italian media reports claimed that Roma sporting director Daniele Prade is speaking to the player’s representatives, but that the club – who finished a close second in Serie A this season – are offering £2m and a one-year deal.