Reports are out claiming that the agent of Napoli striker Lorenzo Insigne has dismissed talk of interest from Tottenham. 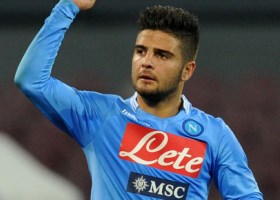 The 22 year old Italian international striker is being linked with Spurs in the Naples press this week.

“I have read the rumours in the papers,” Fabio Andreotti told Radio Goal.

“But I have not received a call from anyone.

“Baldini is an admirer of Lorenzo, but no one from Tottenham has contacted me.

“Lorenzo wants to stay in Naples for a long time. We can only see his future being in Naples.”