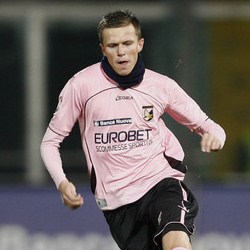 Palermo midfielder Josip Ilicic has revealed that he is happy at Palermo.

Despite interest from other clubs, the Slovenia international is ready commit his future to the Rosanero.

His agent Amir Ruznic said : “Josip is really happy in Palermo and he’s always said that another season here would do him well,”.

“He also has an excellent relationship with the President.

“I honestly don’t know anything about the Inter rumours. I don’t know if the two clubs have spoken, but I certainly haven’t been contacted by Inter,” he continued.

“I will be meeting with Zamparini soon as we are talking about a contract extension for the player. If he has anything to tell me then he will.”