Agent : Zlatan Ibrahimovic Was Close To Joining AS Roma! 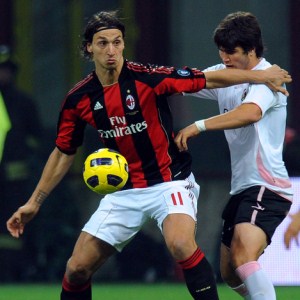 The agent of AC Milan striker Zlatan Ibrahimovic has admitted that the former Barcelona striker was close to joining rivals AS Roma.

In the summer of 2004, the Swedish striker was playing for Ajax and heavily linked with a move to the Giallorossi, but Juventus shocked everyone by signing him on deadline day.

“Inter had a tepid interest, while Roma were very fired up for him. Above all it was Giallorossi director general Franco Baldini who wanted him.

“Then, after the Press conference in which Capello said he would never manage Juventus, partly on my suggestion, Luciano Moggi and Antonio Giraudo decided to bring the Roma Coach on to the Bianconeri bench.

“As soon as he arrived, Capello did everything possible to rush through the signing of Ibrahimovic, therefore allowing Juve to beat Baldini and Roma to the punch.”