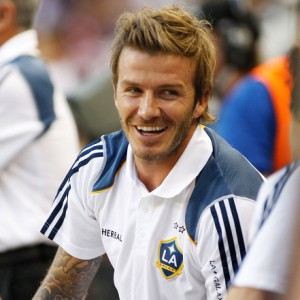 Interesting news are out and it has been revealed that Indian businessman Ahsan Ali Syed is interested in signing LA Galaxy midfielder David Beckham if his proposed takeover of Blackburn is successful.

Premier League side Blackburn Rovers are in discussions with Syed, 36, over a proposed £300million takeover with the Bahrain-based lawyer pledging an initial £80-100million for new players.

And Syed believes Beckham is a high-profile name to fit his ambitions, and told the Daily Mail: “I was 26 when I started following the Premier League. I used to like Blackburn back then and also used to follow Manchester United’s fortunes because of David Beckham. If my finances allow and his intentions are positive then I would love to take Beckham.”

Rooney : Beckham Can Be England Manager!