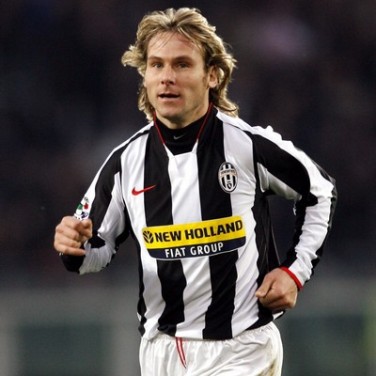 United Arab Emirates champions Al Ahly has made claims that negotiations to lure former Juventus midfielder Pavel Nedved out of retirement have reached an “advanced stage.”

The 36-year-old former European Football of the Year retired in the summer, but is believed to have been offered a lucrative deal by Al Ahly and attended last week’s draw for the opening round of UAE League fixtures.

Al Ahli’s Romanian coach Ioan Andone is reported to have told the Italian media negotiations have progressed, while first-team supervisor Abdulmajeed Hussain would only hint at a possible deal.

Andone is quoted as saying that “I wanted to bring to Adrian Cristea (of Dinamo Bucharest), but the club told me they have a surprise for me,”. Andone also added that “Eventually he told me his plans, that the negotiations with Nedved were at an advanced stage. That Nedved was very interested because the offer was really good.”

Nedved, who is a friend of former Al Ahly and current Czech Republic coach Ivan Hasek, visited the UAE club’s facilities during his recent visit and Nedved said that he went to see Ahly because Ivan was there and that he wanted to see where he worked.

Nedved also added that he enjoyed it a lot and was really impressed by the quality of infrastructure at the club. He also went on to say that Hasek is a very good friend and was very interested in knowing how he was doing.

Al Ahly begin the defence of their title with a demanding away trip to Al Wahda on September 25.