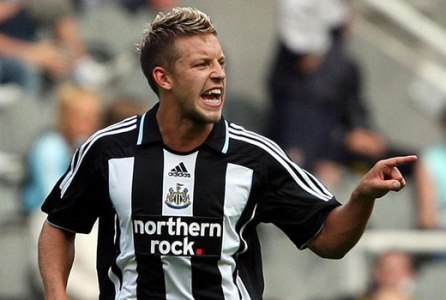 Temperamental striker Alan Smith has been confirmed as captain for Newcastle`s Championship opening match against West Brom at The Hawthorns.

The former Leeds and Manchester United striker has deputised for the injured Nicky Butt during pre-season and will now don the armband as the Magpies face a tricky start to life outside the top flight.

This was confirmed by caretaker boss Chris Hughton who said that Smith is a strong character and is a player who will give the club nothing less than 100%.

He also added that people sometimes forget that Smith only returned from a very serious injury towards the end of last season and for him to get a full pre-season under his belt was very important.