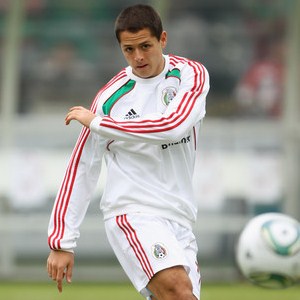 Sir Alex Ferguson has admitted that Javier Hernandez’s background has helped his progress.

The Manchester United manager has admitted that his initial assessment was that Chicharito would mainly be used as a substitute in his first season for United.

However the Mexican internatioanal’s rapid development – and unerring ability in front of goal – has been impossible to ignore.

Sir Alex told manutd.com : “It’s been nothing but acceleration [by him],”.

“We tell a lot of our young players to take time to settle in, learn the language and develop physically, because it is a physical league.

“He’s now had his breaking-in period and, although he could speak English, it is now much better. He comes into training every morning at 9am, does his own work in the gym, then stays after training with the rest of the players and practices various parts of his game.

“The boy wants to be a player and the footballing tradition of his family has helped. That gives him an extra encouragement and urge to do well, which is sensational.”