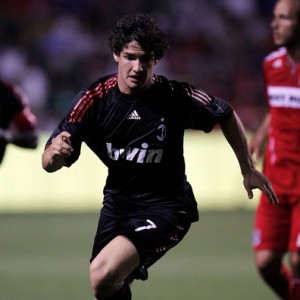 AC Milan striker Alexandre Pato has declared that he is as good as any player in the world.

Pato was left out of the Brazilian World Cup squad, but insists that he is the equal of the world’s best.

He said: “I feel myself on a par with the likes of Wayne Rooney, David Villa, Cesc Fabregas, Wesley Sneijder and Kaka.

“These are all players who want the Ballon d’Or or the Champions League. I am here to work and have a lot of faith in Milan.”

Luis Suarez Linked With A Move To AC Milan