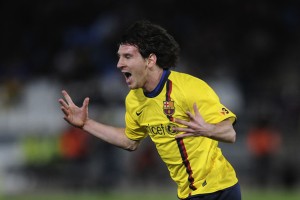 Barcelona twice came from behind to win a point at Almeria in a match blighted by some bizarre refereeing decisions from Carlos Clos Gomez.

Clos Gomez delayed the start of the match for almost a quarter of an hour, harshly sent off Pep Guardiola and Zlatan Ibrahimovic and incorrectly awarded a free-kick to Barcelona which led to their first equaliser.

Domingo Cisma had put Almeria ahead after 12 minutes, with the home side’s second coming 12 minutes into the second period via a Carles Puyol own-goal.