Alvaro Negredo Move To The Premier League Is Still On 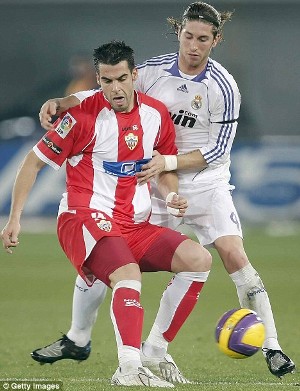 Real Madrid striker Alvaro Negredo and his agent has admitted that they have received offers from the Premier League regarding a possible transfer.

It is strongly believed that Tottenham Hotspur are being linked with a £17million move for the striker nicknamed ‘The Wild Animal’, although it is also believed that Liverpool have also been showing interest.

Negredo’s agent, Alejandro Camara, claims that Premier League clubs have moved for the striker, but that no deal has been concluded with the Santiago Bernabeu outfit.

While Negredo is being tipped to move to England’s top flight, Camara is not ruling out his client staying in La Liga.

He told reporters recently that he have had several offers from the English Premier League, but no deal has been finalised as he is still studying which is the best option for the player.

However the agent also revealed that there are clubs in Spain who are interested in signing Alvaro Negredo.