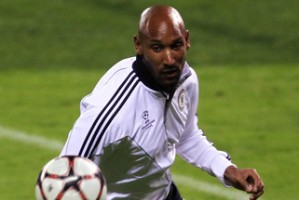 Chelsea boss Carlo Ancelotti has said that he is keen to see Nicolas Anelka tied down to a new contract.

The 30-year-old’s current contract expires at the end of next season, with discussions now under way to keep him at the club until 2013.

It was also said that Anelka’s adviser, Doug Pingisi, was in London last week for preliminary discussions with both club and player confident negotiations will be concluded swiftly.

Carlo Ancelotti told reporters that: “Anelka is a top player and this club needs to have a lot of top players,”

He also added that: “I’m confident he’ll stay with us. The club will try to find the right solution for both Chelsea and for him.”

We Must Stop Rooney – Ronaldinho