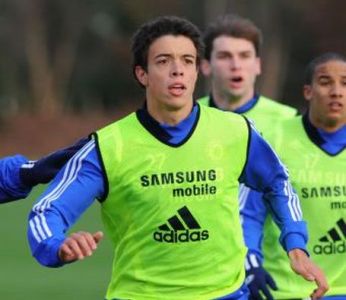 The young Argentine striker scored the opening goal as the Blues beat Club America today and new Stamford Bridge boss Ancelotti was quick to heap praise on Di Santo after the match.

Ancelotti told reporters that Di Santo is a young player, and a very good player. He also added that Di Santo moves very well on the pitch without the ball.

The Italian also said that Di Santo has to be cool in front of the goalkeeper and tonight he scored a good goal, moved very well and put in important work for the team.

Ancelotti has also revealed his delight at John Terry’s decision to stay with the Blues.


Rooney Wants To Score 20 Goals For United Next Season