Anderson Wants To Stay On And Fight For A Place 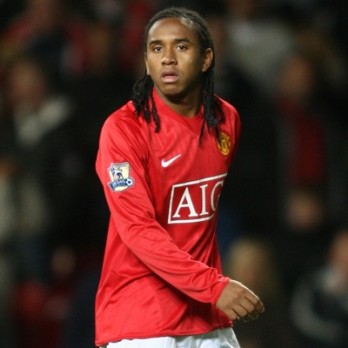 Manchester United’s Brazilian midfielder Anderson has admitted that he is frustrated at his lack of first-team opportunities so far this season but insists he does not want to leave Old Trafford.

The Brazilian midfielder’s only start came in last week’s defeat by Burnley while he is reported to have clashed with boss Sir Alex Ferguson after being left out of the team for the Community Shield meeting with Chelsea earlier this month.

Anderson told a local newspaper that he believed that he would play in the Community Shield but that is forgotten now and that the coach decides the teams and discussing this with the coach would be foolish. He went on to say that he does not want to leave Manchester United.

Anderson also added that he thought, without Cristiano Ronaldo around, he could to play more and that has been his challenge from pre-season onwards.

Anderson also revealed that Sir Alex Ferguson has demanded a bigger effort from him and he accepts that because to get into the United team is very complicated and difficult for any player.


Lescott Disappointed With Comments Made By David Moyes