It has been reported that Andre Villas-Boas was thrilled with Tottenham’s last-gasp 1-0 victory over Hull City on Sunday mainly due to the fact that they battled it out for a full 90 minutes. 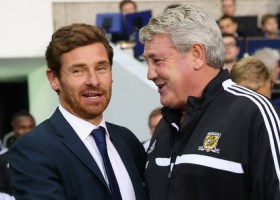 Spurs were the recipients of a questionable penalty which was scored by Roberto Soldado in the 80th minute but Villas-Boas was more happy with the way his team went about their business, especially seeing as the Tigers came to quell their attacking threat.

The Portuguese tactician said : “It was very difficult to get in to situations where we could create danger,”.

“Hull came with one objective which was to prevent us scoring the first goal. We tried hard and were persistent, it was different to the game against West Ham, we kept our cool today.

“We played in a very difficult atmosphere, very tense, very negative and we looked like the away team but we kept our cool.

“We had to dig deep within ourselves because we weren’t getting help from anybody, the stadium reflected this atmosphere, very tense and without a lot of support until the first goal.

“I’m particularly happy with the way the players fought hard against that anxiety and kept their cool to take the three points.”