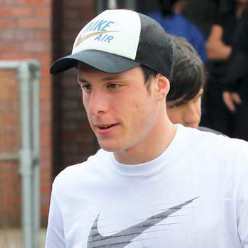 The 18 year old has revealed in an interview with La Tercera that he is indeed set to move to Old Trafford.

“I am fulfilling a dream that I have had for a long time and I will be able to realise it soon,” he said.

“I will meet with Alex Ferguson on Wednesday and talk about what he wants from me. I cannot waste this opportunity because it is something I’ve wanted all my life.”

Henriquez says his agent, Fernando Felicevich, will meet with the club to define his immediate future – his ambition is to play for United’s first team but if it’s decided he’ll go out on loan first, he would prefer to go back to Universidad de Chile on this basis. Neither club have yet announced any deal.