Aquilani Dreams Of Scoring For Liverpool 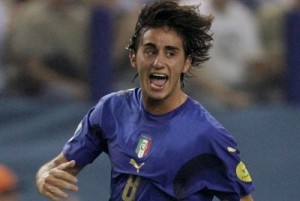 Liverpool midfielder Alberto Aquilani has revealed that the thought of scoring at Anfield’s Kop end has fuelled his comeback bid.

The Italian midfielder, now age 25, has yet to appear for the Reds since signing from Roma for £18million in the summer.

The midfielder underwent ankle surgery shortly after arriving on Merseyside but is expected to be declared fit before the end of the month.

Aquilani told reporters that it has not been easy for him as he moved to a new club in a different country and have been unable to play or train properly.

He added that it is not a good feeling when you are not involved with the team.

However Aquilani said that his is my ambition to score at the Kop end and that he has thought about it a lot during his rehabilitation.

Aquilani also went on to say that Anfield is a great stadium with a superb atmosphere and that he cannot wait to play in front of the home crowd.