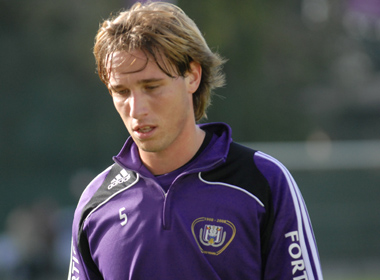 Interesting football news are out and it has been reported that Argentine star Lucas Biglia has revealed that he is desperate to join Liverpool FC so he can play with his childhood pal Javier Mascherano.

The Anderlecht star now aged 23, has snubbed Fenerbahce, Lazio and Deportivo La Coruna in order to play in Liverpool alongside Mascherano.

His agent Barry McIntosh also said that Lucas wants to play for Argentina in the World Cup and England is the ideal showcase for him.

Lucas has been touted as one of the stars to watch out for in the 2010 World Cup and he has been capped for the Argentina Under-20 team where he won the 2005 FIFA World Youth Championship alongside Barcelona’s star Lionel Messi.

Lucas has often been compared to AC Milan midfielder Andrea Pirlo due to the way he plays the game. Lucas is said to posses a good passing range, high positional sense and a calm head.