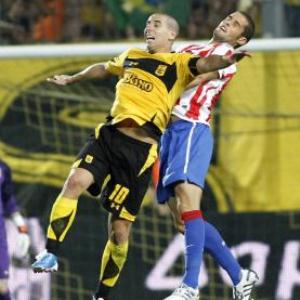 Holders Atletico Madrid suffered a losing start to the defence of their Europa League crown after slumping to a 1-0 defeat at the hands of Aris Thessaloniki.

Spaniard Javito struck a brilliant winner midway through the second half for the Greek side, who kept their unbeaten European home record intact and burst Atletico’s early-season bubble.

Atletico’s confidence has been sky high after beating Inter Milan in the UEFA Super Cup and climbing to the top of the Primera Division table after winning their opening two league games, but they were brought back to earth at the Kleanthis Vikelidis stadium.

Newcastle United Keen To Hold On To Andy Caroll