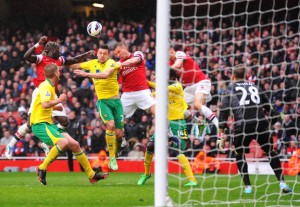 Arsenal scored three in the final seven minutes as they fought back to beat Norwich and rise to third in the table.

Norwich took the lead just before the hour through Michael Turner’s header from a Robert Snodgrass free-kick.
Mikel Arteta equalised from the spot after Kei Kamara was adjudged to have hauled over Olivier Giroud.

Giroud then touched in from Alex Oxlade-Chamberlain’s cross before substitute Lukas Podolski drove in a third in added time.

For 85 minutes, Arsene Wenger looked set to start a pivotal week for his team’s Champions League hopes with a defeat.

But, with games to come against Everton and Fulham before top-four rivals Tottenham are next in action against Manchester City on 21 April, his team answered plenty of questions about their quality and mental strength to secure a seventh win in eight Premier League matches. 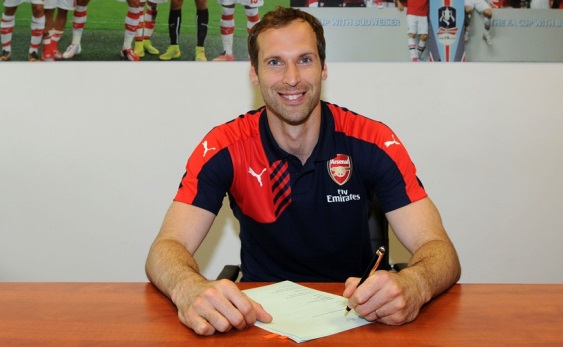