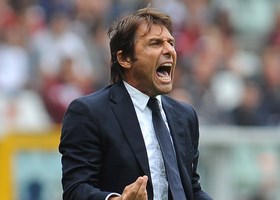 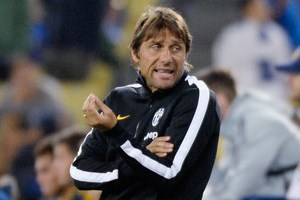 Chelsea manager Antonio Conte has revealed he is still haunted by Chelsea’s 3-0 defeat to Arsenal in September, and insists the Premier League title race is far from over even if his team manage to get revenge on the Gunners at Stamford Bridge.

Chelsea head into Saturday’s clash nine points clear of Tottenham and Arsenal at the top of the table, and have won 15 of their last 17 Premier League matches since being embarrassed by goals from Alexis Sanchez, Theo Walcott and Mesut Ozil during a disastrous first half at the Emirates Stadium.

Conte made the bold decision to shift to a 3-4-3 formation for the second half of that game and Chelsea’s new system has transformed them into the best team in the country, but the Italian says the Arsenal defeat has never been far from his thoughts over the past four months.

“This defeat seems far [away], but it’s important to remember the defeat against Arsenal because it was a bad defeat, 3-0 after the first half, and in my mind it’s always present,” Conte told a news conference. “I hope also in the minds of my players.

“Tomorrow this game will be very difficult and I think it’s important to remember the first game against Arsenal. I think a lot of things have changed now. For sure, we are a team [now].

“We want to have a good game tomorrow against Arsenal and try to win. We play at home and we have our fans to push [us] a lot. For these reasons, we want to play a good game, to win, but it will be a really tough game and we must pay great attention.”