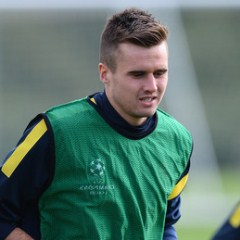 Carl Jenkinson has revealed that he is not quite thinking about his international future.

The 20-year old Arsenal right-back has played for both England and Finland at youth level but has not yet committed to his country of birth or that of his mother’s birth.

“To be honest I’m just concentrating on my club football, that’s my bread and butter,” he said.

“I think I’ll cross that bridge when I come to it.

“I’m just focused on the here and now and the next game and that’s tomorrow with Olympiakos (in the Champions League).
“Finland have contacted me. I’ve told them my exact words when I spoke to them was ‘I’m focusing on my club football’ so that’s all there is to it. You can read into that how you want.

“I’m going to have to make a decision at some point. As I’ve said many times, I will cross that bridge when I come to it. Until then I’m just concentrating on each game as it comes.”