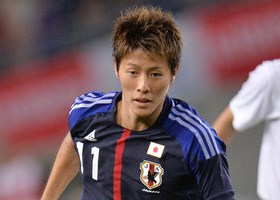 It is said that the 23 year-old Japan international is preparing to leave the J-League for Europe in January after a superb year in domestic football.

Turkish giants Galatasaray are already in contact with Cerezo Osaka about a price for Kakitani, which is expected to spark Arsenal and Inter Milan into action.

The attacking midfielder, who has scored 22 goals in 37 games, enjoyed successful past trials with both the Gunners and Inter and has remained on their radar.


Zlatan Ibrahimovic Does Not Deserve The Ballon d’Or! – Barton