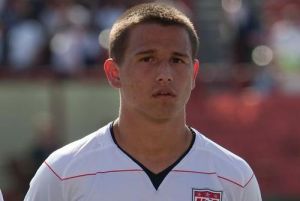 Interesting transfer news are out and it has been reported that Premier League club Arsenal FC could be trumped in their pursuit of USA U17 star Luis Gil.

It was reported that after lengthy negotiations, the midfielder was due to join Arsenal’s academy after the U17 World Cup in Nigeria.

However, it is now reportds that at least one Champions League rival has made an offer to Gil’s minders.

It is also believed that the Californian native is attracting interest from a raft of clubs in Spain.