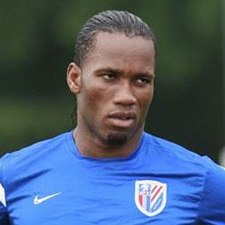 Interesting transfer news are out claiming that Juventus are exploring all options to bring Chelsea legend Didier Drogba back to Europe.

The ivory Coast international has insisted he’s happy at Shanghai Shenhua in China, despite a dismal time on the pitch so far.

After defeat to Inter Milan, Il Giorno says Juve’s pursuit of a new centre-forward signing for January is intensifying.

Athletic Bilbao striker Fernando Llorente is high on the agenda, but Drogba is the dream of Juve’s board.

Premier League giants Arsenal has also been linked with a move for the former Marseille striker.