Reports are out claiming that Manchester City have joined the battle for San Lorenzo star Angel Correa. 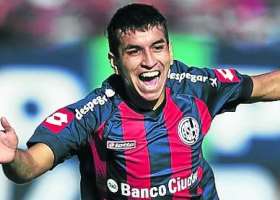 The Mirror claims that City scouts were in Buenos Aires to watch the 18 year old striker again on Wednesday night, amid reports Spanish title contenders Atletico have already lodged a bid.

Barcelona, Napoli and Arsenal are understood to have watched the teenager too, but San Lorenzo are keen to hold onto him for as long as possible.

Their owner, media magnate Marcelo Tinelli, is unlikely to be convinced to sell for anything less than £10million.