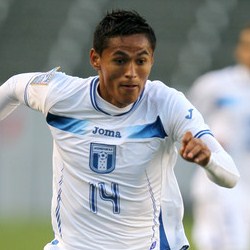 It has been revealed that Premier League scouts flocked to St James’ Park yesterday to see Honduras shock Spain.

A long-term target for Arsenal, Najar is also rated highly at Tottenham and Newcastle United and could be playing his way to a Premier League contract at the London Games.