It has been reported that Arsenal and Atletico Madrid are battling for San Lorenzo starlet Angel Correa. 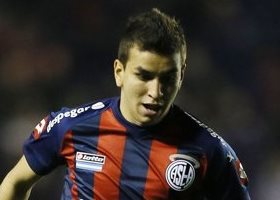 The 18 year-old has established himself as a first-choice for San Lorenzo this season and his form has attracted the interest of Arsenal and Atletico.

European giants Inter Milan, Juventus and Real Madrid have also expressed interest in Correa, who can play on the flank and also as a striker.

Buenos Aries sources state Arsenal will make a £4.5 million offer for Correa ahead of the January market.

Ramsey Has An Unbelievable Engine! – Wenger