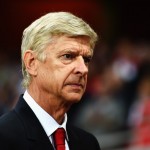 It has been reported that Arsenal coaching staff are pleased with the progress of Vietnamese youngster Nguyen Cong Phuong.

The Daily Express reported that the youngster is currently part of Arsenal’s JMG Academy in Vietnam and the striker has already been dubbed ‘the Vietnamese Messi’.

He has come to prominence today after footage emerged of him scoring a fantastic goal to settle an AFF Under-19 Championship match for his home national against Australia.