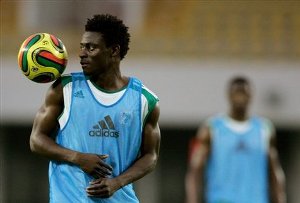 It is said that Gunners boss Arsene Wenger is preparing to launch a cut-price £7million bid for Martins.

It is believed that Arsene Wenger hopes to take advantage of the turmoil at Newcastle by using some of his funds from the sale of Emmanuel Adebayor to capture Martins on the cheap.

It is also reported that Newcastle owner Mike Ashley could be tempted to cash in on Martins,now aged 24, who has been on Wenger’s radar since before his move from Inter Milan in 2006.