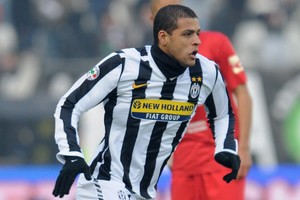 Premier League club Arsenal are reported to be ready to pounce for Juventus midfielder Felipe Melo.

Italian newspapers have reported that Juventus are preparing to offload Melo in the summer and are encouraging Arsenal to bid for the midfielder.

Gunners boss Arsene Wenger confirmed his interest in Melo earlier this month and will be encouraged by recent developments.

Known as a defensive holding midfielder in the Gilberto Silva-mould, Melo has been played out-of-position in an attacking role at Juve this season.