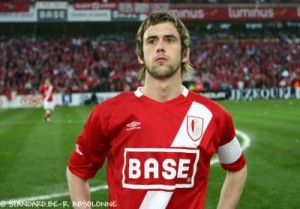 Interesting news are out from the Premier League is out and it has been reported that Arsenal FC are poised to move for Standard Liege midfielder Steven Defour.

The Belgian international is currently out with a broken foot but Arsene Wenger is believed to be a big fan.

The Gunners boss has sent scouts to watch Defour but knows that he faces competition from Spanish clubs Valencia and Everton for his signature.

Defour, now age 21, recently agreed a contract until 2012 and will cost around £8million.