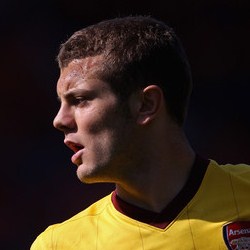 Good news for all Arsenal fans as it has been revealed that the club is ready to hand Jack Wilshere a bumper new contract.

The Sunday Mirror shas reported that the Gunner will offer the England international midfielder a new five-year deal that will keep him at The Emirates until 2016.

The 19-year-old signed a contract last November that took him into the £40,000 a week bracket.

However his progress for Arsenal and ­England has been so impressive that he will be in a line for a pay rise of more than £10,000 a week.